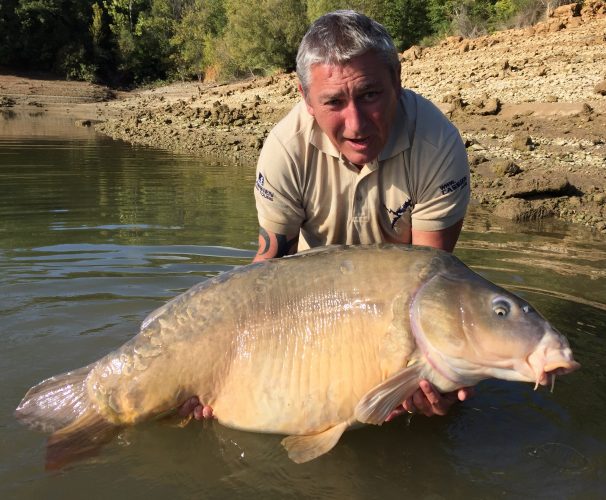 Fishing started for me at the tender age of 8, catching Minnows and Perch on the river Darent, soon progressing to fishing on my local club waters owned by DDAPS. General course fishing occupied me for a few years but when I was 15 my first Carp was landed, all 16lb of it!

It was not long before Carp fishing had consumed me, fishing 3 nights a week on my local Darenth complex and catching a few as well!

Carp fishing in France was next on my list, first venturing to commercially run waters with where big numbers of big fish could be caught. Eventually I had the opportunity to fish the cream of commercial waters, Lac de Curton, and what a place! Never had I experienced such intensity, the place was awesome.

On one of my last trips to Lac de Curton there had been a mix up on dates (not uncommon) so my friend and I ended up fishing a public water not to far away, Lac de Biscarrosse. It was on this lake that my attitude towards commercial fisheries changed. The sense of achievement after catching from this huge water was second to none. Public lakes were now the target, Cassien had always been on my list but I had never actually got there. Once on the banks of Cassien it was love at first sight. Currently Cassien is the only water I fish, having caught some of its gems to 62lb and knowing there are many more I think it could hold my attention for years to come.